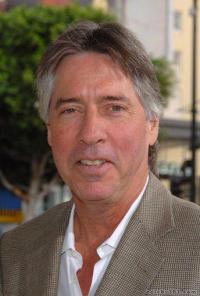 The film’s director, Brian De Palma, expressed his total faith in Mr. Silvestri to several sources who worked on the film and evidently decided to leave the composer to his own devices as to his approach to scoring the film. After the spotting session, it appears that Silvestri had almost no contact with De Palma until they met at the recording sessions. According to insiders who worked on the film, when Silvestri began to record the score everything seemed to be going rather smoothly.

Throughout the two days of recording, Brian De Palma had requested some changes to various cues, but nothing out of the ordinary. There appeared to be no hint of trouble. By the end of the second day of scoring, about 19 minutes of music was in the can, mostly dealing with a number of the main action sequences including the film’s finale.

Sometime after the end of these sessions, while he was still writing the balance of the score, Silvestri received a phone call from his orchestra contractor to inform him that his additional scoring sessions for MI had just been cancelled by Paramount; it appears this is how Mr. Silvestri discovered he was off the project.

According to our sources, Silvestri shook his head after hearing the news and decided to put the entire matter behind him and move onto his next project. Apparently the decision to replace Silvestri and hire Danny Elfman was made by star/producer Tom Cruise, who had been very impressed with Elfman’s score for the film TO DIE FOR, which starred his wife Nicole Kidman.

An interesting footnote to this entire affair is that, over the years, there have been a number of Internet rumours claiming that Alan Silvestri recycled his unused score to MISSION: IMPOSSIBLE into ERASER, which he scored later that same year. The availability in fan circles of a bootleg edition of Silvestri’s MI music, however, makes it quite clear the ERASER score contains none of the unused MI material.

Perhaps the final irony of this entire affair is that, after receiving much critical acclaim for his efforts on behalf of MI, Danny Elfman was signed to score the new sequel. He even went on record in several interviews saying as much. But in late 1999 it was announced that composer Hans Zimmer would be taking over the project and, for whatever reason, Danny Elfman had himself become “disavowed”.

This site uses Akismet to reduce spam. Learn how your comment data is processed.